Sessions are contextual objects to maintain state during load test execution and to share data between DSL components. Session objects are stored with a session key with which it can be accessed. There are two kinds of session objects for two different life-cycles: 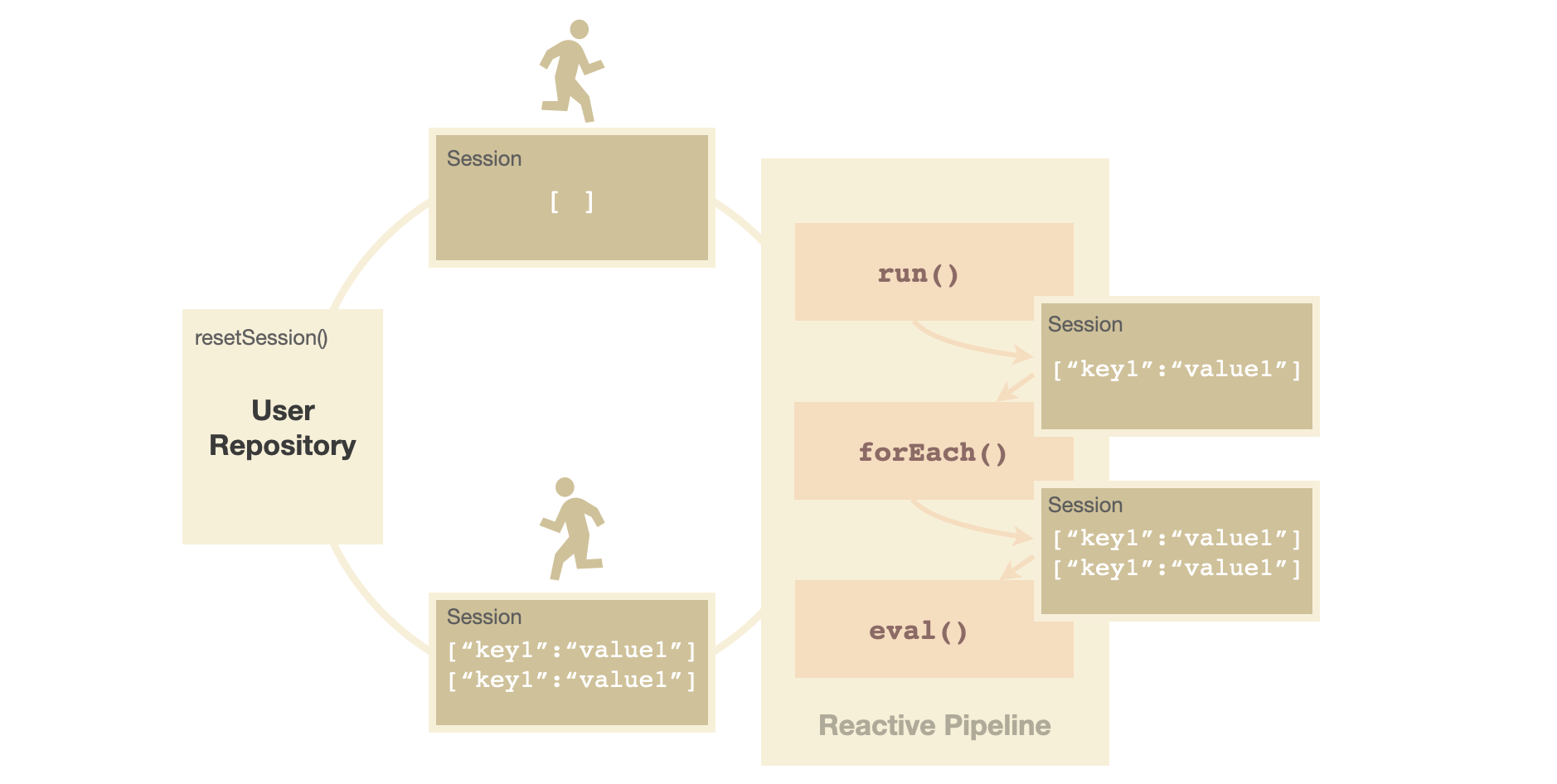 User session instance contain also information about the user which can be accessed by calling getUser method:

There are two ways to store data in session context. The first one is to tell the spec to store the result object into the session ❶ by calling the saveTo()-method. The method takes a scope argument which define in which context the result object needs to be stored. If you omit the scope, the default is the user session which will be reset after the loop generation cycle. The second way to store objects in session is to use the session DSL ❷. In the example, we store a list of files under “files” key and access the files in forEach DSL under the same key.

In the next sections, we will take a deeper look into simulation session and DSL items.

One way you can access objects in simulation session by using the handle of user sessions:

Another way is to use builders which are provided by the framework and facilitate working with DSLs. In the following example, the forEach runner reads a list of objects from the global session context, that is simulation session and runs the spec for each item in the list:

You may want to access the user session, then use session() builder method instead of global():

WARNING While calling saveTo() if there is no scope is defined the default one is the user session scope.

Simulation session becomes handy if you plan to store objects which need to be stored throughout the simulation. For instance, you may want to initialize a resources hierarchy before the simulation execution in preparation step, that is to be accessed in the load testing scenario.